Speculating, I think it is a fair guess that Psychic Awakening will introduce the Warhammer 40K equivalent of a model range introduced to Warhammer Age of Sigmar in recent years: Endless Spells. 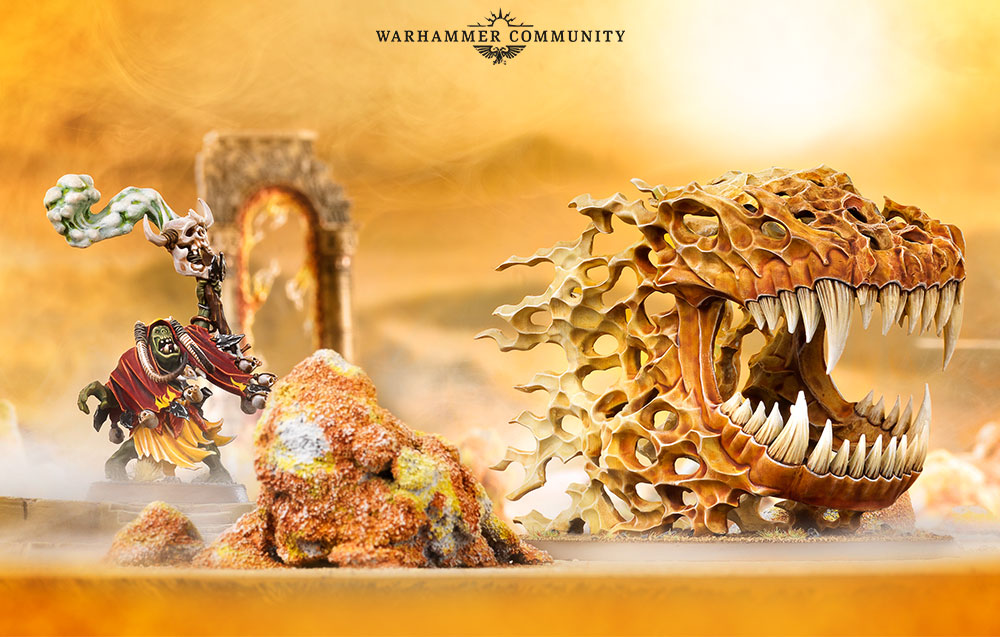 In Age of Sigmar, Endless Spells are magic effects (first introduced in an expansion called Malign Sorcery) which are represented on the tabletop with actual miniatures (some of which are pretty cool).

A possible hick-up in porting the idea to Warhammer 40K was (is?) the fact that not all 40K factions have access to „magic“ (Tau, Necrons, etc..). That said, the core of the idea is (I would guess) creating new miniatures. The background justification can be adjusted to fit.

Either way, if I were a betting man, I would think we will see this in 40K later this year!