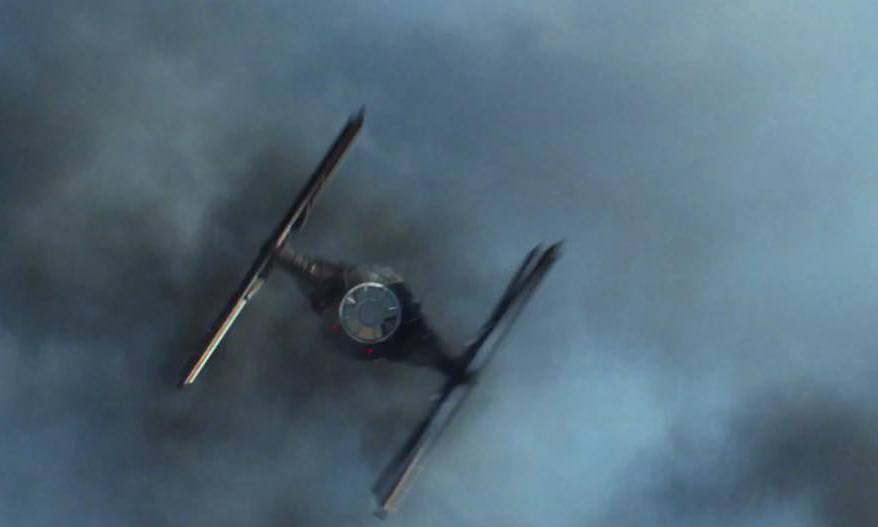 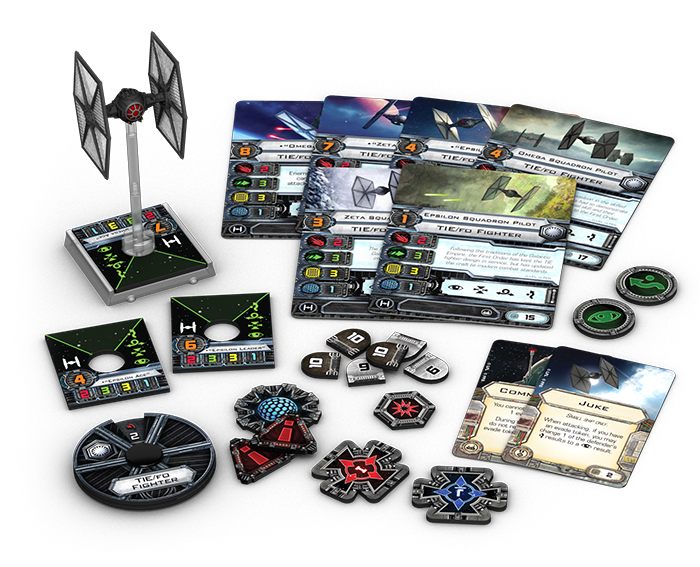 Just like the T-70 X-Wing, the new TIE/FO Fighter gets its own little expansion pack with the coming releases for the X-Wing Miniatures Game.

Those names will take some getting used to. Not nearly as elegant, I think, as … say … TIE-Intercepter or TIE-Advanced.

One pilot exclusive to the TIE/FO Fighter expansion will be the „Omega Leader“. 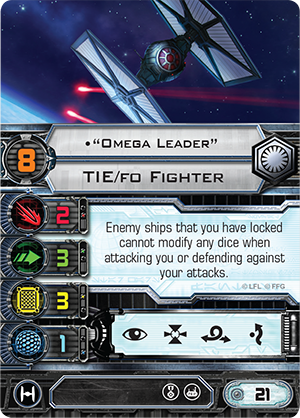 Similar to the top pilot from the new X-Wing core set, the „Omega Ace“, the ability of the „Omega Leader“ makes use of the new TIE/FO Fighters ability to use target locks, despite having no ability to carry torpedos or missiles.

Giving target-lock to a ship without missiles and only two attack dice is, on the face of it, a minor advantage, but adding more unique abilities based on the TIE/FO Fighter’s target lock could potentially change things up in interesting ways.

The TIE/FO Fighter expansion seems to include two unique new upgrade cards, including the second tech upgrade seen in the game: the Comm Relay. 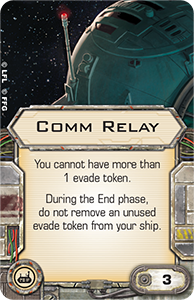 There is also a new elite talent, Juke, which seems to read as follows:

When attacking, if you have an evade token, you may change 1 of the defender’s [evade]-result to a [eye]-result.

So … an offensive use for evade tokens and the ability to stash one evade token. Interesting stuff.

Fantasy Flight Games clearly put a lot of thought into this, to present players with new and unique puzzles for finding interesting synergies and squadrons.

I am looking forward to this!