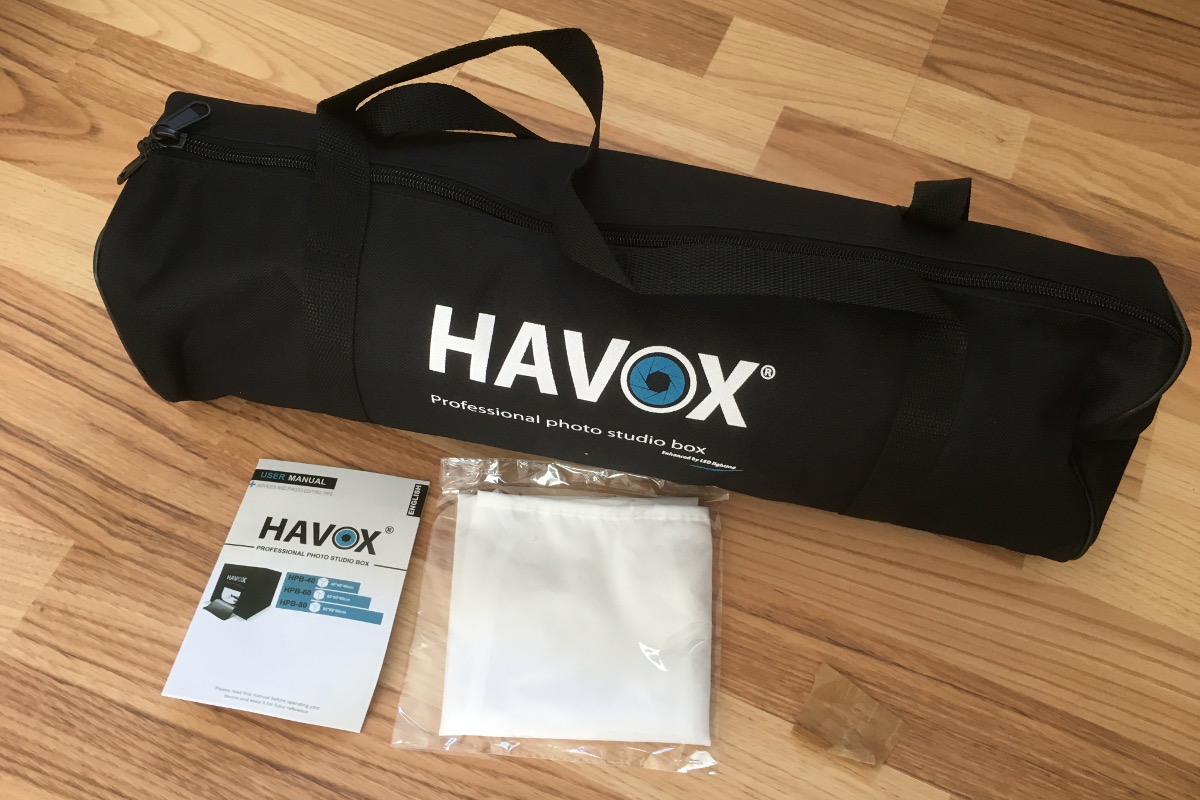 Taking photographs of miniatures can be hard. Worse, I am not much of a photographer. Usually, I simply use my iPhone.

However, I did have a small foldable light box that made it a bit easier to take pictures of small things. Most of my Imperial Assault pictures on this site were taken this way.

When my old light box finally gave up, I decided to spend a few extra quid for a „professional photo studio box“ from Havox. Here are my thoughts.

What’s in the package?

The Havox light box came in a very nice nylon bag. Inside were the outer shell wrapped around the metal rods of the frame, the LED lights with cables, connectors, a diffuser sheet and the instructions. 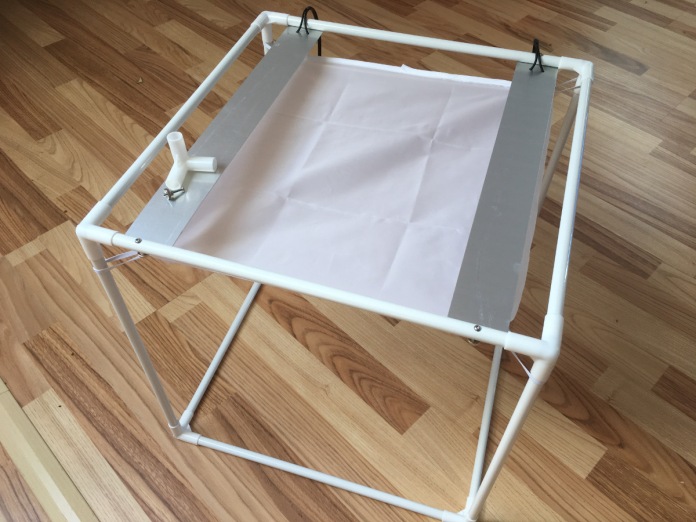 Building the frame, it quickly became obvious this light box isn’t meant for quick construction and deconstruction. I knew this going in, but it’s a notable feature. While it does not take hours to build it, one probably would not want to pack or unpack the light box for every photo session. The Havox will work much better, if you do have a space in your house to leave it built and ready for photography. 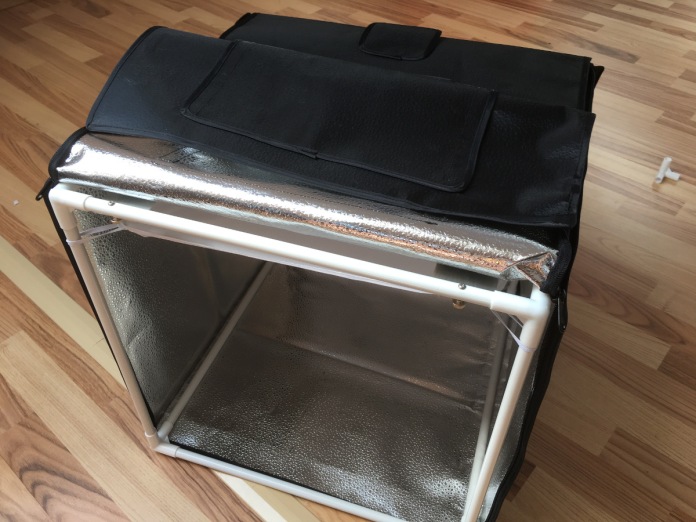 Once the frame is build, the shell wraps around it easily. Zippers along all edges ensure it closes tight.

There is an access opening in the top, even though it is unusable, if you added the diffuser to the frame as shown above. The access opening at the front has two folds. Leaving one closed provides more reflection from the silver interior.

Taking pictures of my miniatures

The Havox comes with 3 backgrounds for photography: white, black & orange.

I started by taking some pictures with my iPhone from miniatures using the white backdrop. 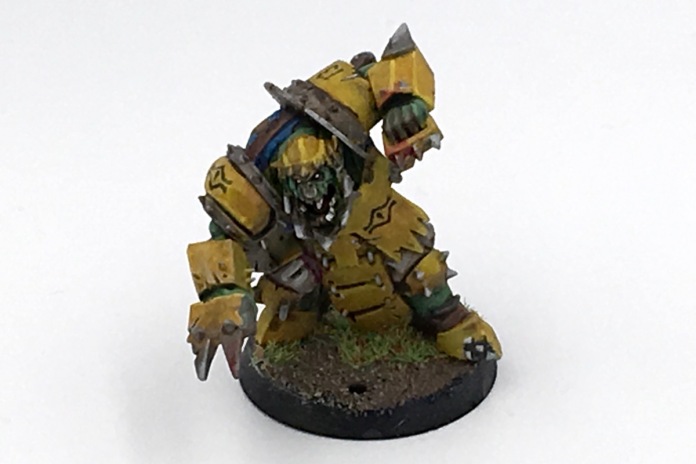 The white environment certainly gets rid of shadows, though the pictures did come out somewhat blurry. I assume the fairly stark light from the silver interior, even using the diffuser, is the reason for this? The Havox box simply may not work well with an iPhone and require a better camera.

Using the black backdrop produced similar result. However, unlike the white, the black had a tendency to show off dust or static grass on the picture.

Even worse, if not at the perfect angle, the glossy black surface turned out to be reflective, leading to glare, as seen in the picture of my Culexus Assassin below.

The Havox professional photo studio is easy to assemble and clearly made of high quality materials. No complaints there.

Curiously however, I find the resulting pictures to be worse, at least initially. That may not be the box itself and likely due to my iPhone not being up to the task. However, this does make the professional (!) photo box less suited for less-than-professional photographers like myself.

Also, the box does not fold up for storage as quickly and easily as I might have hoped. I found a place for it in my hobby room, but it is a thing to consider.

Beyond that, I will try to improve my photography with it. Hopefully some practice will lead to better results in the future.