The Z-95 Headhunter, predecessor to the X-Wing in the Star Wars universe, was, I believe, a game-changer for the Rebels in the X-Wing Miniatures game.

The Z-95 offers Rebels a small, useful little ship for as little as 12 points – the same as an Academy Pilot TIE-Fighter – though it plays quite differently. It is a staple in many of my X-Wing lists for the Rebels, so it deserves a moment in the limelight.

Z-95 Headhunter – Inside the Box

The Z-95 Headhunter is a regular small expansion for the X-Wing miniatures game.

It includes the ship itself, a flying stance, the maneuver dial, tokens and cards. No new missions, unfortunately, but one cannot have everything.

The generic pilots of the Z-95 Headhunter

The generic pilots of an X-Wing expansion usually are not that interesting. However, with Z-95 Headhunter, things are different. In X-Wing, even to this day, Rebel ships generally are more expensive than their Imperial counterparts.

The very modestly priced Bandit Squadron Pilot first allowed Rebel players to field „swarms“ of starfighters, either on their own or in support of a bigger and/or more pricy ship. The Tala Squadron Pilot with a pilot skill of 4 is also a steal.

That said, the named pilots of the Z-95 Headhunter are also both interesting and useful. I have fielded both at different times. 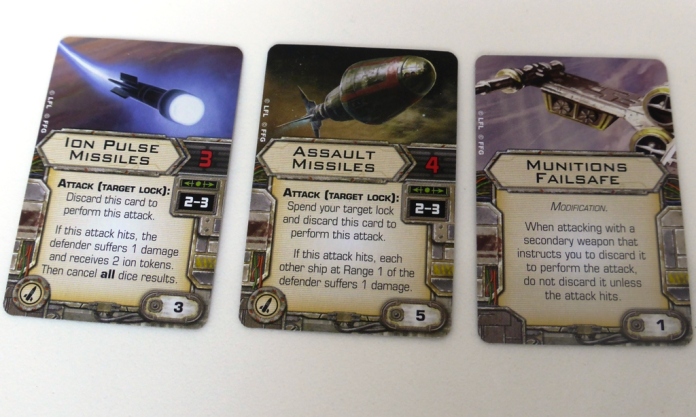 Three of these cards deal with missiles.

Though the Z-95 comes at roughly the price of a TIE-Fighter, it is a less manoeuvrable ship. And while it has shields, only 2 defensive dice to dodge also make it a fragile ship on the board. The Z-95’s main advantage over the TIE-Fighter is its ability to load missiles. The expansion adds an interesting options to the arsenal.

They are, truth be told, probably the least interesting part of this expansion. While both Decoy and Wingman look like they could interesting, they clearly pale besides some of the better elite talents already in the game.

Ok, I did not want to end on a sad note there with the elite pilot talents. The Z-95 Headhunter is a fantastic expansion for the X-Wing Miniatures game.

I own multiple Z-95s and cannot recommend them highly enough.