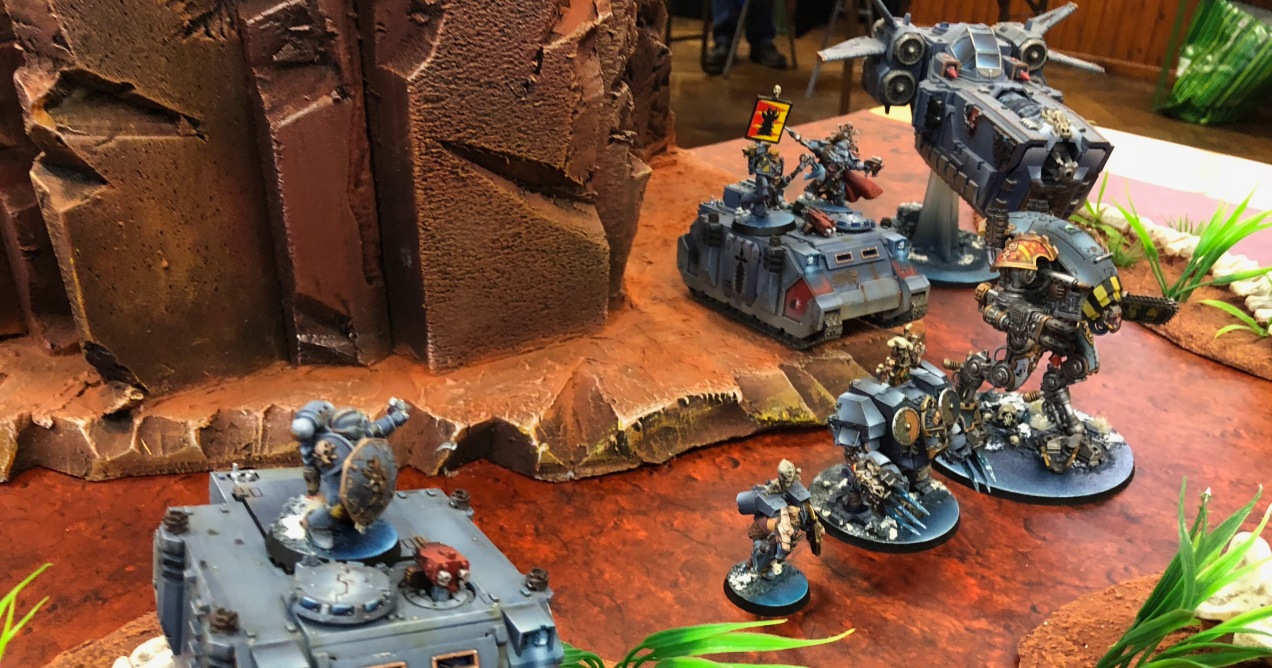 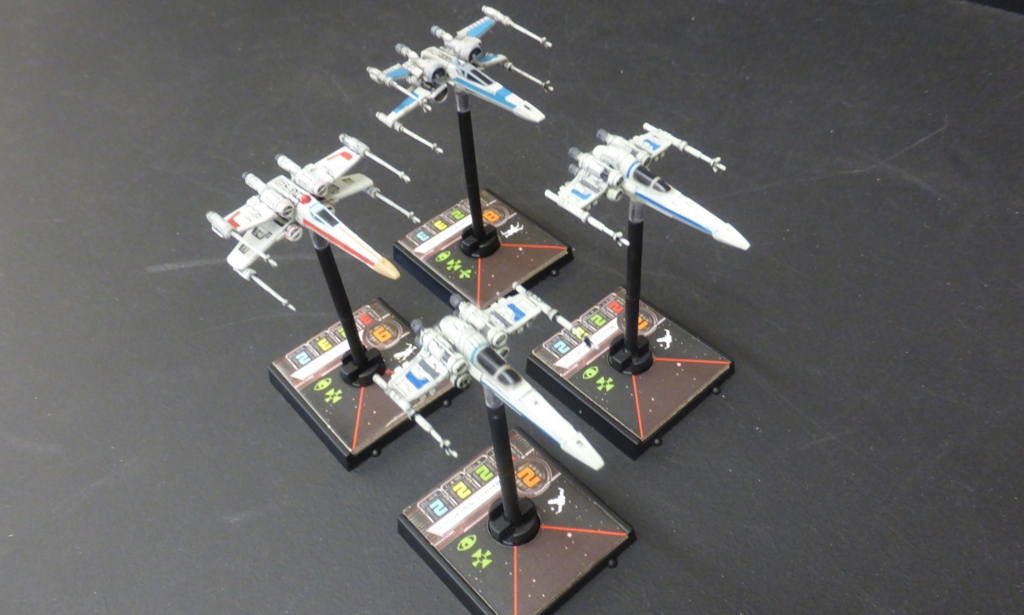 It’s a question I have been asking myself. Now, at a local tournament, I ran a test with the following Rebels Squadron, featuring the top X-Wing aces of two eras: Poe Dameron and Wedge Antilles.

To Hit Hard, To Survive the End Game

There is a nice symmetry in the list, with two X-Wing aces at 38 points and two Bandits, who generally serve to purpose of being a nuisance to my opponent.

Though the two X-Wing aces cost me the same amount of points, they fly very differently on the table.

He did deal massive amounts of damage and I was really, really positively surprised with the BB-8 + Push the Limit combination. I knew it was good. I didn’t know how good. It makes the X-Wing extremely maneouverable (for an X-Wing) and allowed Wedge Antilles to deliver his trademark killer-attacks right where he needed them to be. With or without Wedge Antilles, this is a combination I will certainly use again (with a T-70 X-Wing Red Squadron Veteran or even Poe Dameron himself).

Again, I am happy to report that Poe Dameron served excellently in this faction.

In one game, circling with an equally mobile and nearly as robust IG-88 Aggressor, I was able to wear my opponent down through many, many turns of shooting and shield-regenerating.

It wasn’t the finest game of X-Wing ever played, but it shows Poe Dameron’s potential for the long game, assuming he does not die early in the game to a concentrated barrage.

Did I win the tournament?

No. I was beaten soundly by a Scum-&-Villainy-Swarm full off M3-A Interceptors and only just managed to eke out a small, technical victory by points against a Squadron of Y-Wings with Twin Laser Turrets and Corran Horn in an E-Wing.

That said, both X-Wing were tons of fun to fly. They were also effective in their own right and complemented each other well.

A fun list, and I will definitely fly something along those lines again! 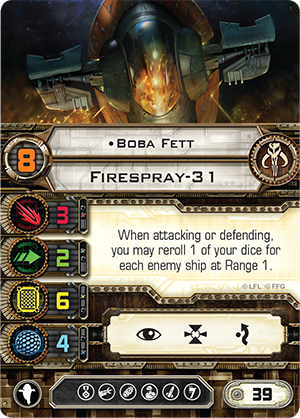 As planned, I took my K-Wing list to a local tournament today. I didn’t intend to win any prizes and mostly went to play around with the K-Wing. Even so, I am a bit disappointed by the K-Wing’s performance. It’s more fragile than it seems. 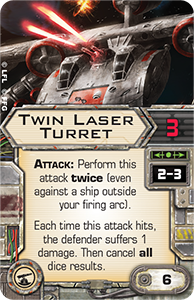 The first game I played showed me an arguably better use of the Twin Laser Turret, which I used on Miranda Doni in the hope of getting the most out of her unique ability.

My opponent flew Dash Rendar in his Outrider, as well as two Y-Wings, both with a Twin Laser Turret.

The two Twin Laser Turrents proved particularly lethal for Miranda Doni in her K-Wing. Shooting twice a turn each, the two Y-Wings put 3 – 4 dice of damage on her most turns. Needless to say, she didn’t last long.

After the K-Wing was gone, my Z-95 Headhunters didn’t stand much of a chance against Dash Rendar, despite the missiles I shot his way.

Match 2 – Victory Against the TIE-Punisher 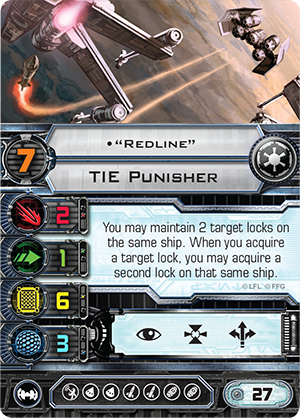 The only match I won, I went up against a similar „let’s try the new bombers“-list.

This list was build around the TIE-Punisher, piloted in this match by Redline, which came out along with the K-Wing, bringing many similar upgrades to the Imperium.

Redline was supported, oddly enough, by a TIE-Defender and a TIE-Advanced. As high tech as the Imperium gets.

It was a good match-up, as my alpha strike list could really shine with its alpha strike against Redline. Moreover, my Ion Bomb helped me keep the TIE-Defender in place.

The result: today’s one and only victory for Miranda Doni. 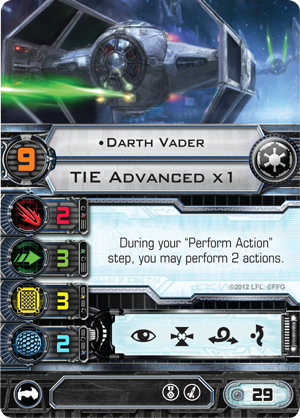 In my third match, I went up against the first hard tournament list.

Too many very elusive, slippery and hard-to-hit ships assembled there. I even scored a few hits on Whisper, but stood no chance against this lean, mean tournament-maschine.

My final two matches and my closing thoughts about the K-Wing in part 2. 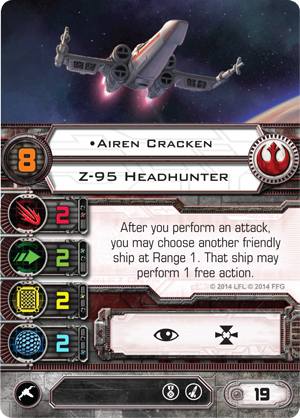 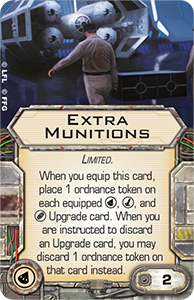 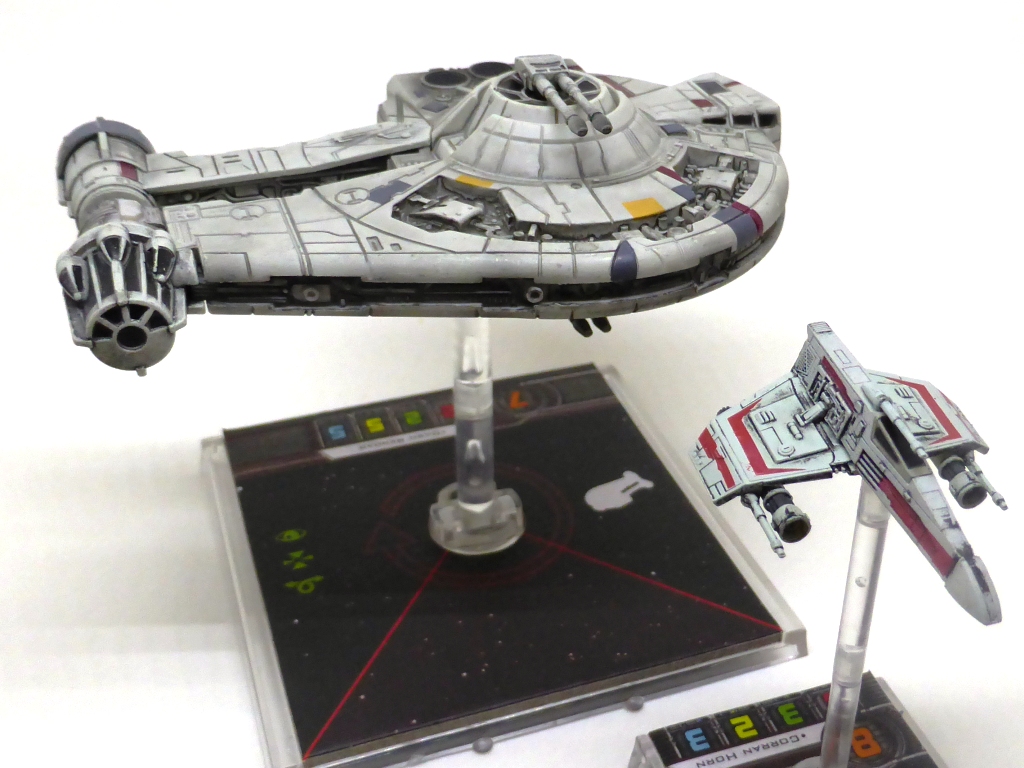 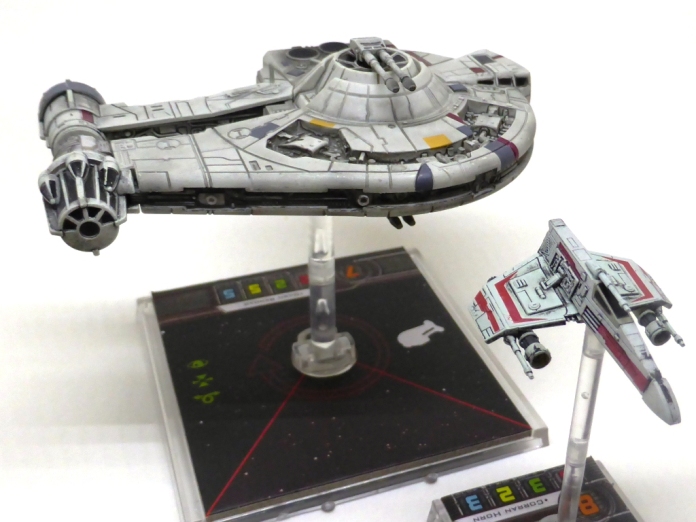 Heading out to a day-long X-Wing tournament. A tournament with twist: People bring two lists, alternating between them from game to game.

It sounds like a lot of fun and I haven’t played X-Wing in a while. The only problem, I needed another list. I flirted with two IG-2000 for a while, but ended up buying a YT-2400 with Dash Rendar, mostly because I prefer the (in my humble opinion) more classic Star-Wars-look of this particular ship.

Dash Rendar is popular in X-Wing tournaments these days, not least because it is an easy list to play. That suits me fine, seeing how I have to work two lists. Corran Horn is frequently his wingman.

Now, Dash Rendar in his YT-2400 is often used with the Engine Upgrade and Kyle Katarn as crew (along with Push the Limit). It’s a beautiful combination the really squeezes the most out of this wonderfully maneuverable ship.

Sadly, the former comes from the Millenium Falcon and the former later from the Rebels Aces. I own neither and don’t want to spend 40 quid just for two cards. So I’ll have the wing it on a budget (using just the things I own).

Dash Rendar doing what he does best: Staying at range and blasting away. Three out of four upgrade cards come directly in the box with the YT-2400.

It adds up to 53 pts. worth of highly mobile, Heavy Laser Cannon-induced pain.

If I can keep Dash at range, that is.

Corran Horn with all the toys!

He’s a mean little assassin, diving in to take out a specific high value target, where Dash if filling the void with heavy laser artillery.

There is no denying that this is a net-list. Or, perhaps, it started as a net-list, watered down by economic prudence to upgrade cards that didn’t require buying more X-Wing ships (I know, I am weird not owning a Falcon).

In a two-list tournament however, the list has some added charm in being easy to fly (at least I hope). Playing four or five games in a day can take a toll, and this list should mitigate this somewhat, leaving me fresh and concentrated for those other games, when I will have to juggle lots of TIE-Fighters.